At The Handmade Kitchen Company, we are proud to have been selected as a Sub-Zero & Wolf Premier Dealer, which means we have a large range of appliances on display which are of the latest models available. All of our Sub-Zero & Wolf appliances are live and working and can be demonstrated to you at our showroom in Bishop’s Stortford.

We have produced videos of some of the appliances which can be found further down this page. 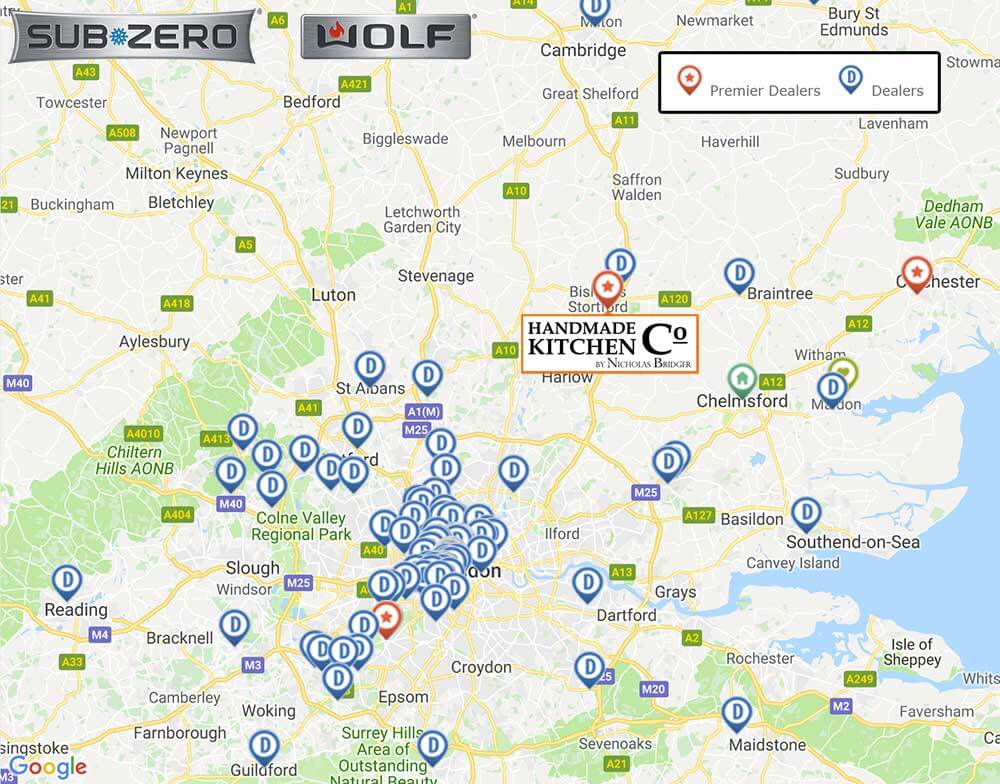 Who are Sub-Zero & Wolf?

In short, they produce the finest cooking & cooling appliances in the world.

As the innovators of food preservation, the unique ‘Air Purification’ system in the current refrigeration lines (which we have on display) removes harmful gases and odours to aid food preservation. This technology was originally developed by NASA for the international space station.
The dual compressor system which is standard across the range of Sub-Zero fridge/freezers is a completely unique feature, being separate enable each compartment – whether fridge or freezer – to operate independently of one another, meaning that not only are temperature fluctuations are prevented, energy is saved but also food is kept fresher for longer with odours and flavour transference not happening.

Wolf’s side of the business caters for the most incredible cooking appliances on the market, leading the way with new innovations. The comprehensive range includes built-in ovens, hobs, cooktops and dual fuel ranges with precise control to deliver professional results in your own home. The additional warming draws and ventilation units are highly efficient and offer huge space for warming.
The gas cooktops feature unique patented dual stacked burners, which offer superior temperature control and precision, the lowest setting can be used to melt butter while the high output setting is much higher than traditional gas cooktops.

In our mini series of videos from our Bishop’s Stortford Showroom, Diane Bridger demonstrates using the range of Sub-Zero Wolf kitchen appliances we have on display.

Peri Peri Spatchcock Chicken recipe demonstrating use of the Wolf M-Series Oven in Gourmet self cooking mode with the built-in probe.

Diane demonstrates use of the Wolf M-Series oven in Broil/Grill mode to make some Tomato and Basil Shrimp Skewers. 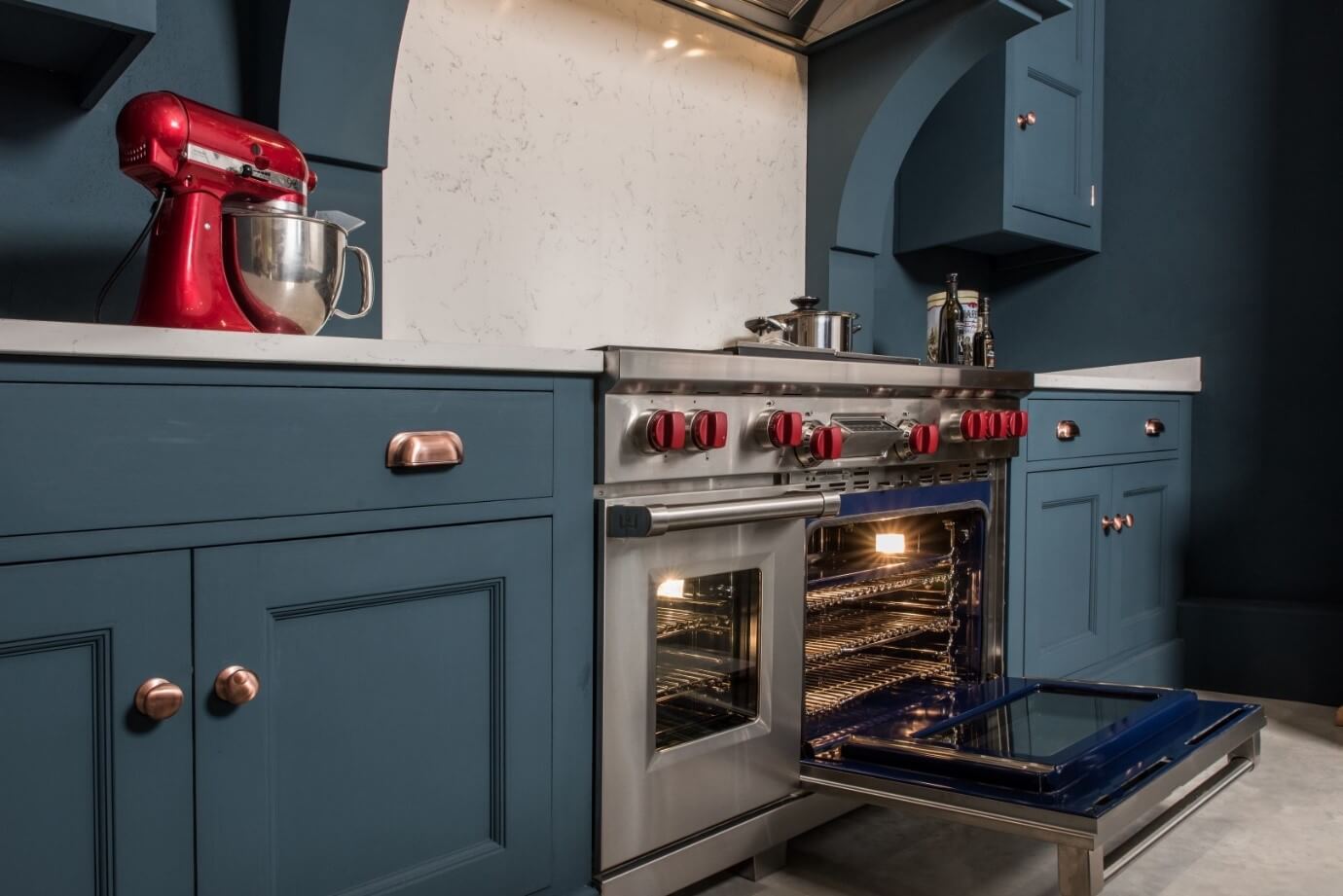 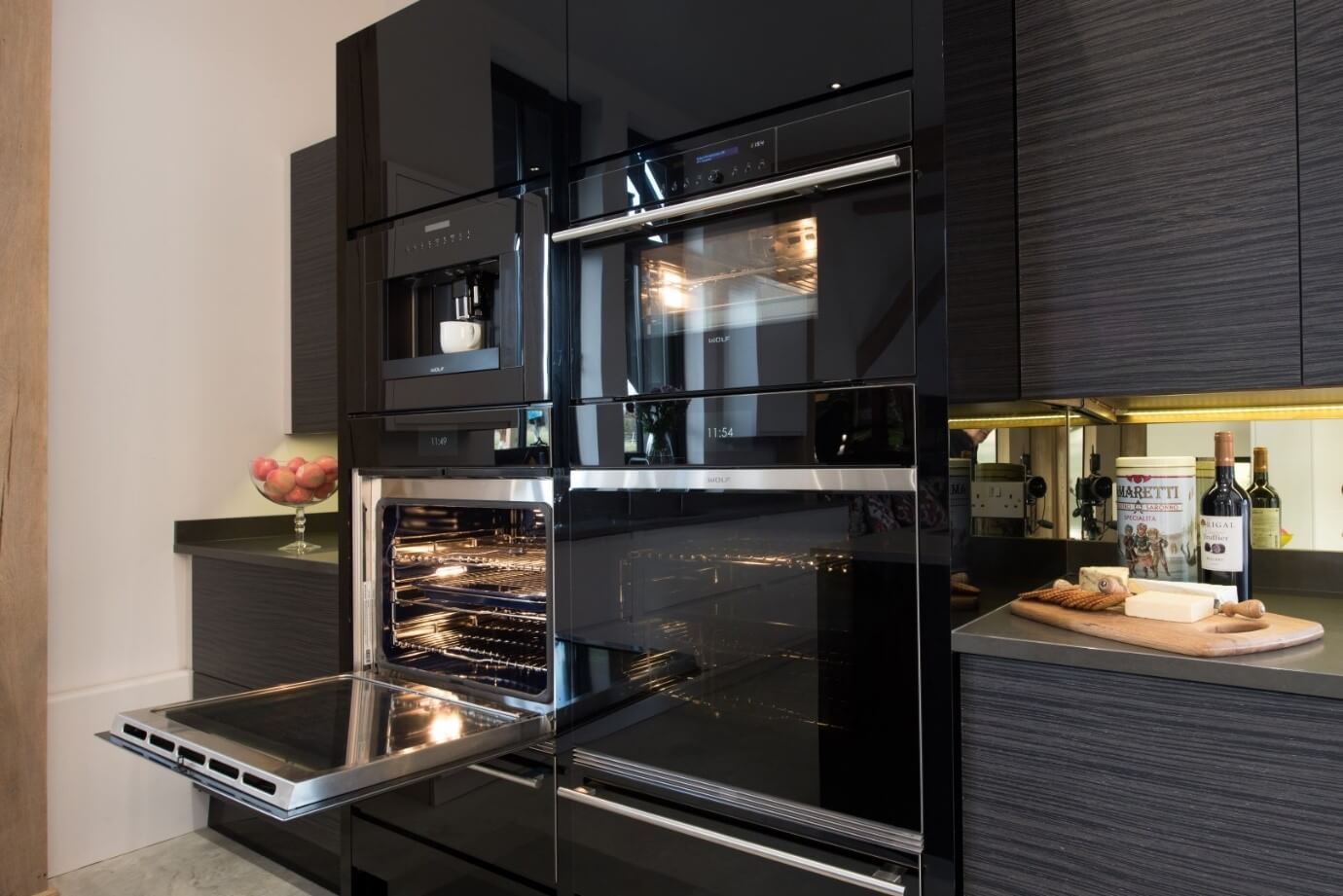 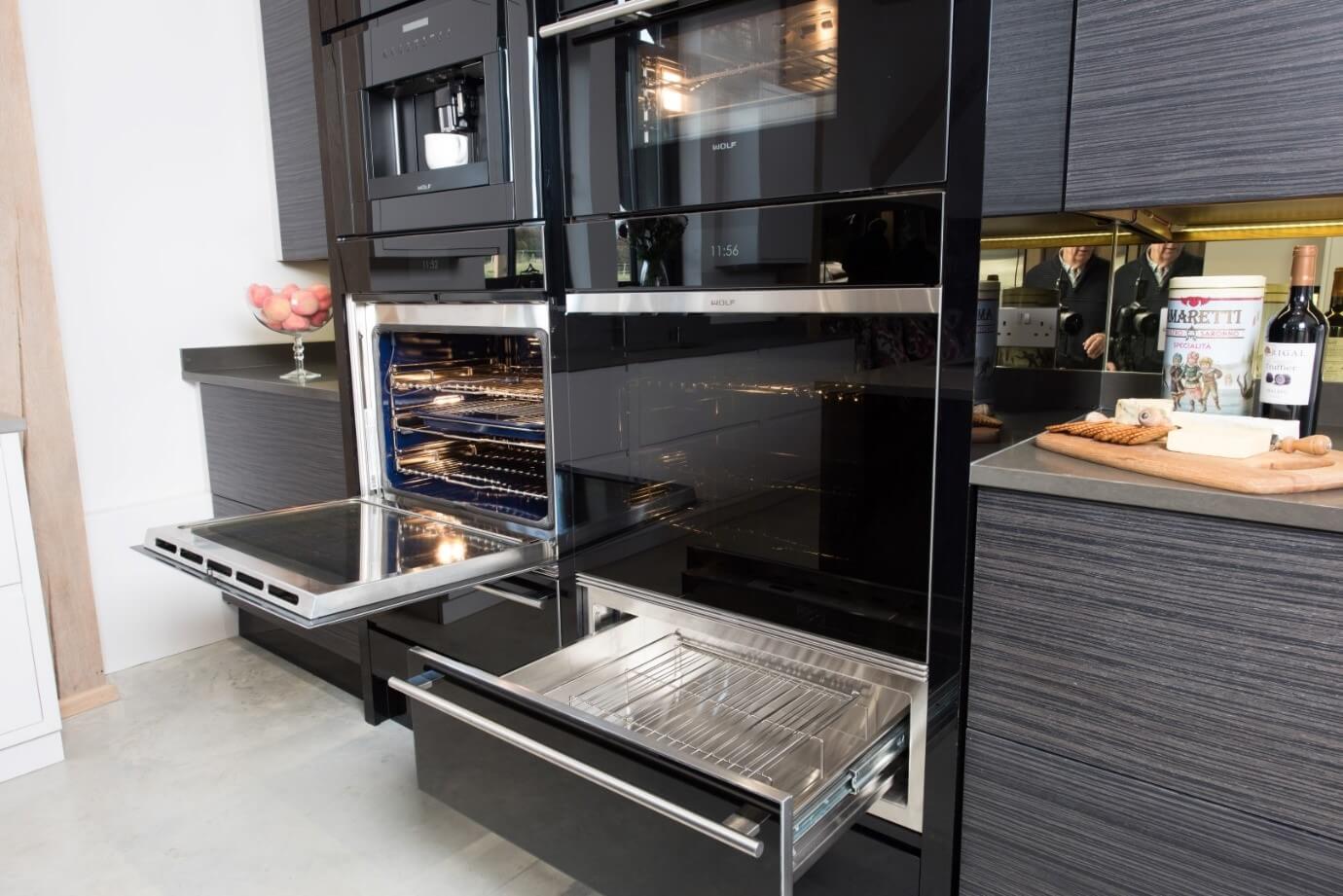 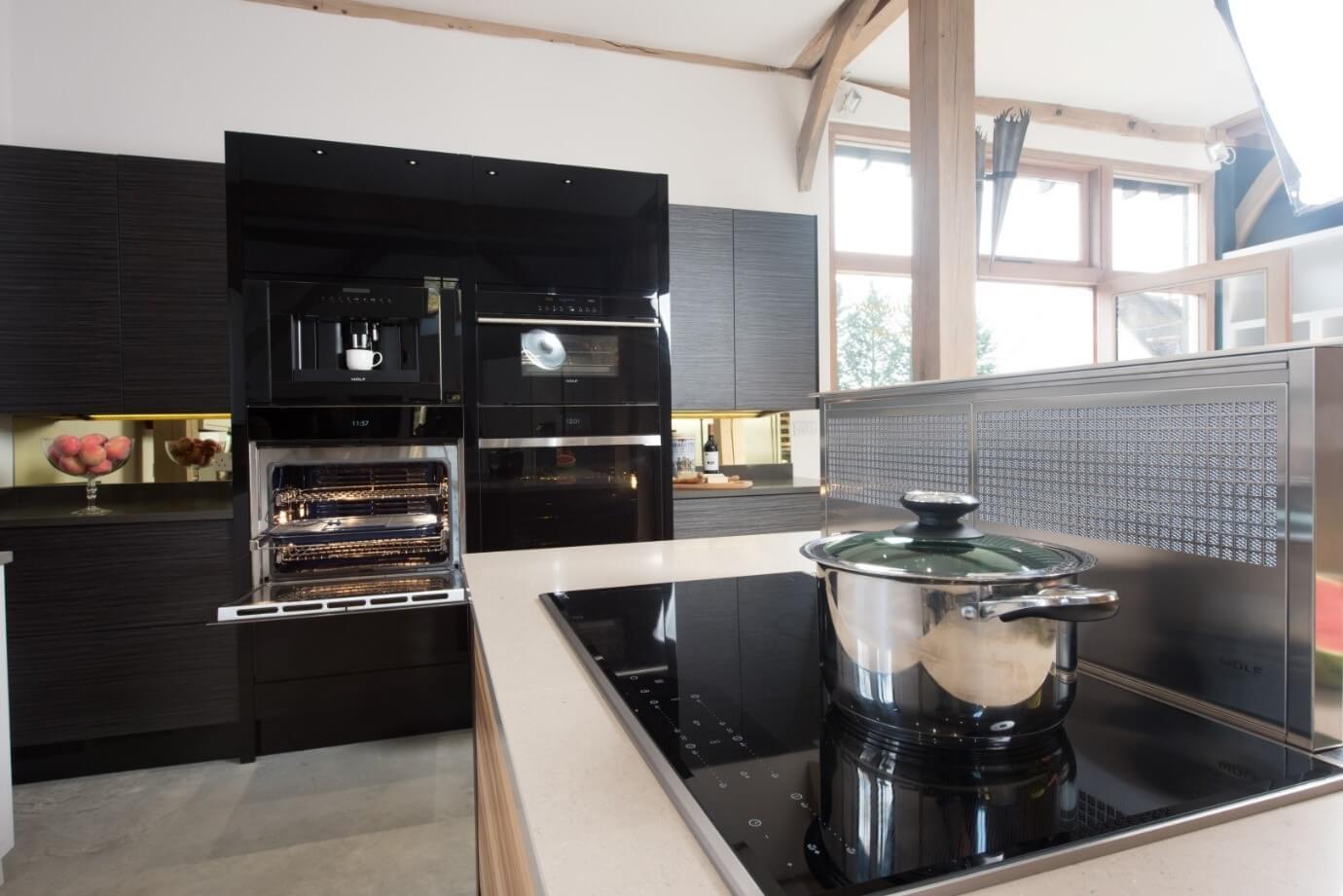 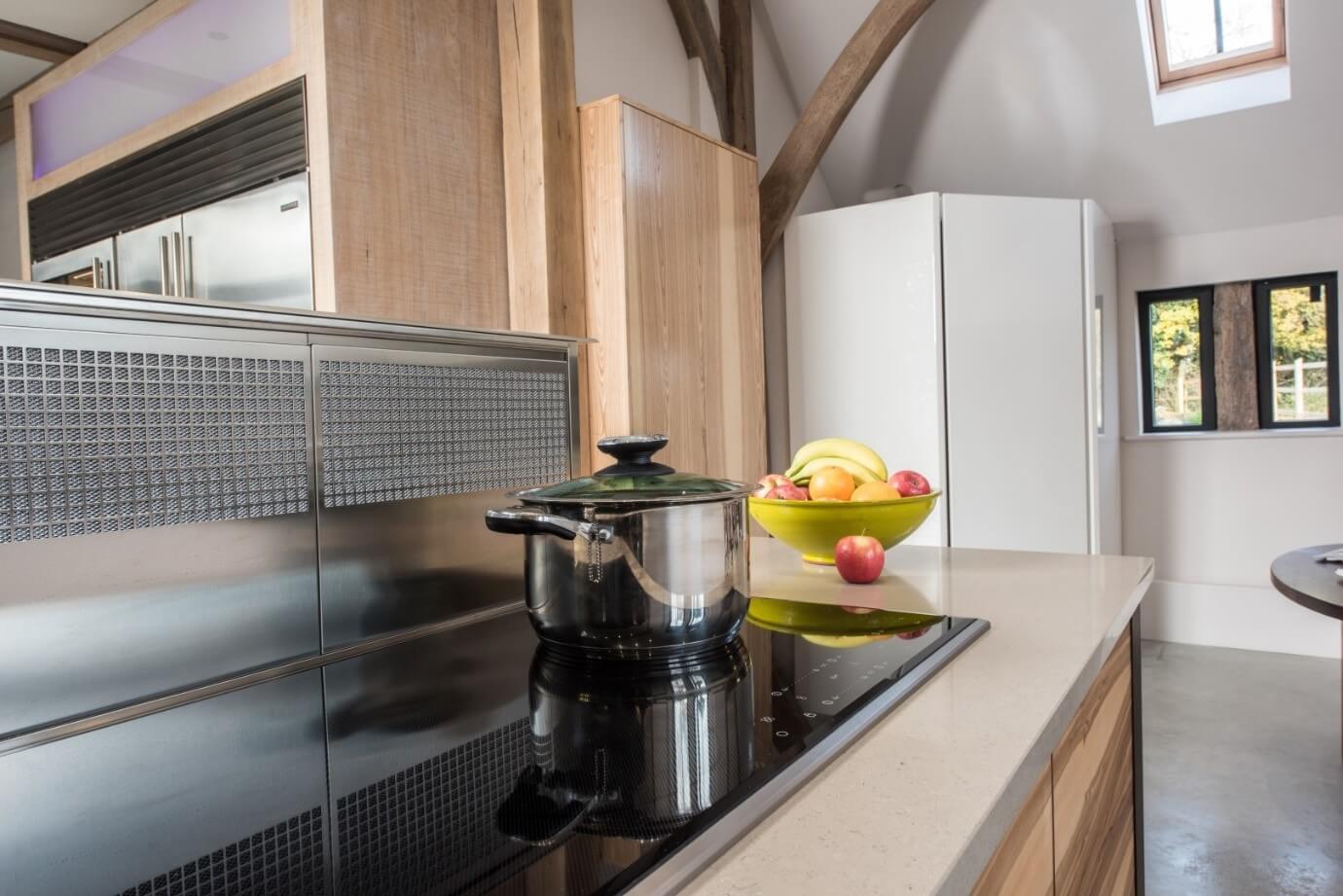